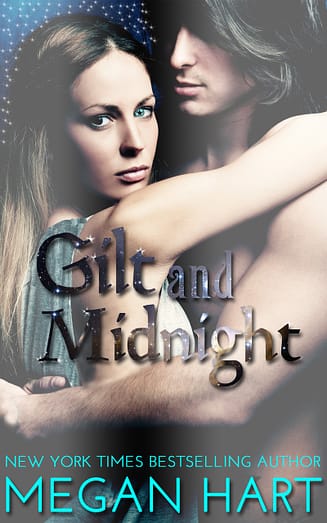 Word of Miracula’s unique beauty is known far throughout the land. But when a dark fairie curses her with Desire, it is news of her insatiable lust that attracts dozens would-be suitors to her door, as one by one they attempt to break the curse by bringing her utter fulfillment.

Yesterday and long ago, in a kingdom far from here but right next door, there lived a handsome young man and his equally beautiful young wife. She had hair the color of sunshine, eyes like a summer sky and skin like rich cream. Her name was Ilina, and the young man loved her more than anything else in the world.

Ilina, for her part, loved her handsome young husband. Pitor was strong, with muscled arms and legs that had no trouble chopping wood or building fences. His hair, the color of the forest’s deepest shadows, hung to his shoulders in ripples like silk, and his eyes shone like the night sky littered with stars.

If Ilina had one small wish, it was that Pitor could be as satisfied with their humble cottage and plot of land as she was, but though her husband worked long and hard, he hated the labor that brought them their food and the roof above their heads. No matter how Ilina tried to soften the small rooms with her hand-woven tapestries or delicately embroidered pillows, night after night Pitor looked around their home and dissatisfaction put ugliness on his face.

“I love you,” she told him. “No matter if we eat on gold and silver or on wooden trenchers, Pitor, I love you.”

But Pitor would not be satisfied, no matter what Ilina did. And each day when he came home from chopping wood in the forest, he grew angrier and more sullen. Nothing Ilina did could move him to smile.

A time of drought and misfortune came upon the land. Pitor had to travel farther and farther into the woods to find trees he could chop for profit, until at last one day he’d traveled so far he couldn’t make it home before dark. Though he ached to return to his beloved Ilina and knew she would worry for his safety, he knew how foolish traveling in the dark would be. He made himself a small camp and prepared to spend the night. He dared not even burn one small portion of the wood he’d gathered, for not only would be taking food from Ilina’s mouth to use the wood he intended to sell, but the risk of deadly fire in the too-dry forest was too great. Instead, he pulled his cloak around himself and hunkered down, unable even to sleep lest a beast attack him in the night.

Nevertheless, weariness overtook him, and Pitor’s eyes closed. He dreamed of his love, of her touch and of her kiss, and woke with his cock straining the front of his trousers.

“Ah, sweet,” said a voice from the shadows. “What a prize you hold between your legs. How I long for a man to fill me up with what you’ve got.”

Convinced he was dreaming, Pitor sat up with a shake of his head. Laughter curled like smoke from the darkness. A woman stepped from behind a tree. The sight of her sent fear and desire coursing through him in equal amounts, and Pitor sprang to his feet, his hatchet ready to defend against her.

“You know me?” The woman’s dark hair swirled around her face.

“I can guess who you are.” Pitor’s breath heaved. The closer she stepped the more aroused he became, until all he could think of was satisfying the carnal urges flooding him.

The woman was upon him, astride him, before he knew how to object.

“Who are you?” He cried, stricken, for he’d never been unfaithful to his wife before.

He turned and was on her before she could escape, the blade of his ax to her throat, but she only laughed. To his shame, his cock twitched and rose at the sound of it. She reached between them to grab and stroke him fully erect.“You should be better satisfied with what you have, woodsman, else you lose it all. Let me show you what you could have.”

Pitor jerked away from her and lowered the ax. “I love my wife.”

The woman stood, her eyes flashing in a face still covered with shadows. “Come with me and be my love, and we will walk the forest as monarchs.”

She tilted her head. “No? Then fuck me once with that sweet prick, and I’ll reward you for your efforts.”

Pitor’s hand trembled. “No reward you could offer me would be enough for me to betray my wife.”

“Not even the life of your child?”

Pitor gasped aloud. “I have no children!”

Ilina had lost several pregnancies at great harm to her health. He knew she still longed for a babe, but he’d hoped for her sake she wouldn’t catch again. The woman in front of him clucked her tongue to the roof of her mouth.

“Fuck me, and your child will never know hunger, nor poverty. How is that for a reward, and for so simple a task? One your body craves already?”

“You can promise me that?”

“That and more,” promised the woman, and Pitor was lost.