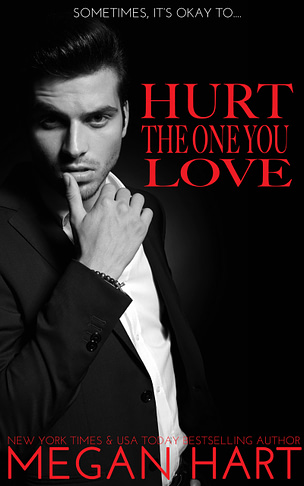 She likes to watch.

Simone’s been spying on Elliott through her office window for a few months, delighting in vicariously dating the handsome businessman who likes it a little rough. Simone is a woman who knows what she wants and isn’t afraid to ask for it, and when she and Elliott end up in the same elevator, she makes sure to let him know she’s up…or down…for a little mutual fun.

Elliott, however, has always struggled with what he thinks of as his harsher desires. Rough hands don’t equal love, in his mind, and even though Simone tries to convince him otherwise, he’s resistant to giving in to what they both really want.

Will Elliott move beyond the past haunting him?

Can Simone teach him the truth — that sometimes, it’s okay to hurt the one you love?

Hurt the One You Love was previously published as a 5-part serial, Every Part of You. It has been revised and collected as a full-length novel featuring angst, woe, a brooding, moody hero and a sassy, irreverent heroine who find their Happy Ever After together.